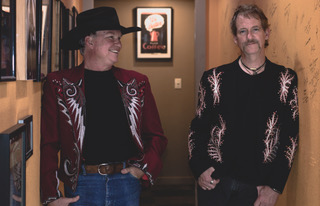 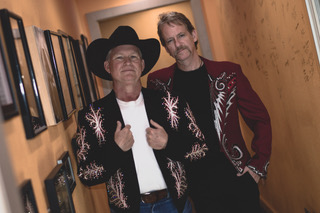 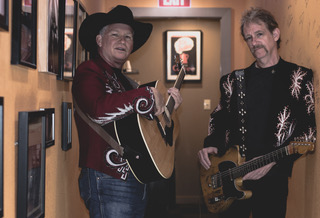 The Heroes – A new musical adventure by two seasoned Nashville professionals.  Grammy winner, Brad Davis and co-adventurer Joel Weaver have spent years performing across the nation, around the world, in concerts, dances, video, TV, radio, and movies with artists including Reba McEntire, Marty Stuart, Sam Bush, ZZ Top, George Strait, John Prine, Willie Nelson, Billy Bob Thornton & Earl Scruggs.  These singer/song writer/ multi-instrumentalists met in Nashville and worked together for 11 years.  Both eventually moving back to their home state of Texas and Oklahoma.  One fall afternoon not long ago Joel text Brad and said, “I got a gig. Want to do it?” “Heck Yeah!” The race was on!

Performing both original and favorite cover tunes, The Heroes’ music is as varied as the artists they’ve worked with.  The Heroes just recently surprised the audience at Blake Shelton’s Ole Red when they did an acoustic version of Hank Williams’ “I’m So Lonesome I Could Cry”, put down the acoustic guitars, picked up the electric guitars and, with all of the bluesy guts it deserves, ripped into “Legs” (ZZ Top).  Their first love is country and bluegrass, but their passion is providing the audience a fun and exciting place to be. 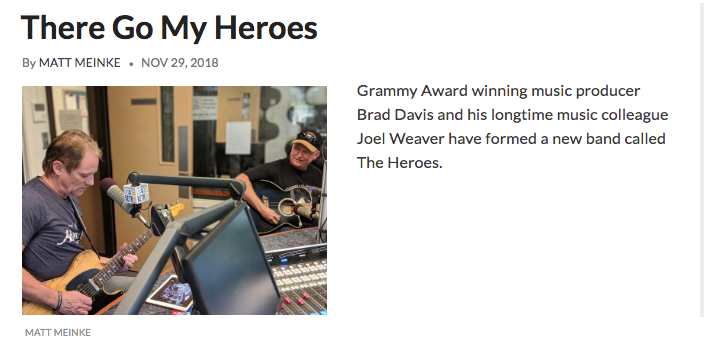