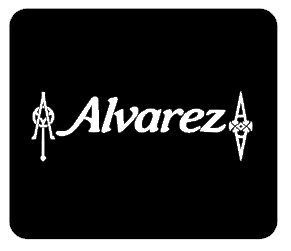 A musician has reached a milestone when a music company offers an endorsement, BUT when a highly respected instrument company comes to you and says, We want to make a guitar for your kind of music and we want it to be the best guitar we’ve ever manufactured, we want your help to design it to your specs, AND we want to name it after you.  Well, that is a landmark event.   That’s exactly what Alvarez-Yairi Guitars said to The Heroes lead guitarist and singer Brad Davis.  After many months of collaboration between Brad and the engineering and luthier staff at Alvarez Yairi Guitars they are building a guitar that not only meets the incredibly stringent requirements of a master musician, this guitar is named after him.  That’s right, The Brad Davis Signature Model Guitar by Yairi.  It’s  a very high honor, but it’s not impossible to be a Signature Artist.  There is B.B. King, Chet Atkins, Les Paul, and Eric Clapton to name of few.  Looks like mighty good company,  Congratulations, Brad 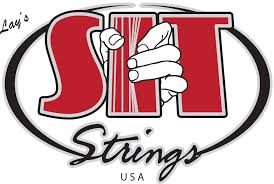 SIT Strings are the only strings used by The Heroes.  They are the best strings to Stay In Tune, they keep that new string quality much longer, and most importantly, they are the best sounding strings on the market.  Settle for no less. 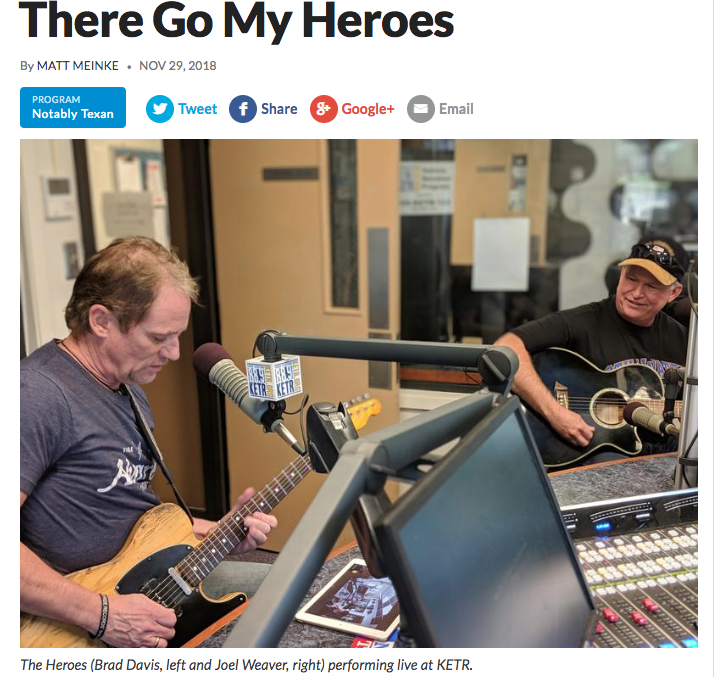 Grammy Award winning music producer Brad Davis and his longtime music colleague Joel Weaver have formed a new band called The Heroes. Both performers cut their teeth as roving performers in Nashville, and have backed some of the biggest names in music through the years. They were excited to visit KETR and discuss their new collaboration with Notably Texan. Listen to Notably Texan for discussions with the voices behind the music, and unique, Texas-centric playlists, weekdays from 11am to 2pm on KETR. The Heroes, Brad Davis and Joel Weaver, were interviewed by Matt Meinke during the November 27, 2018 edition of Notably Texan. Photo and copy: Matt Meinke 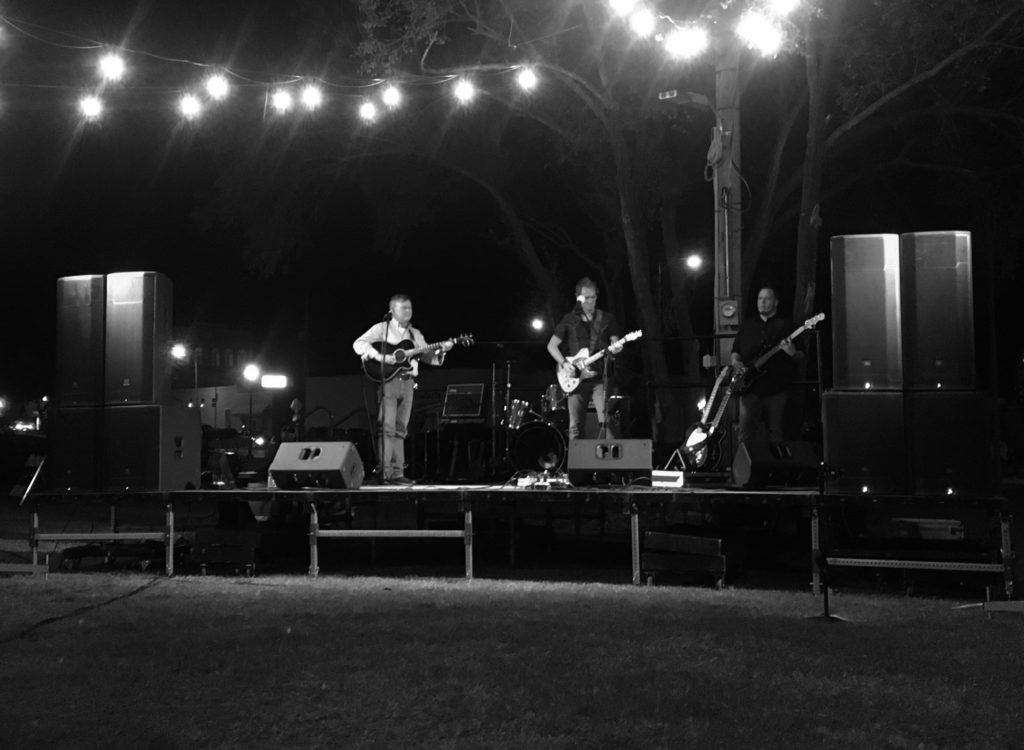 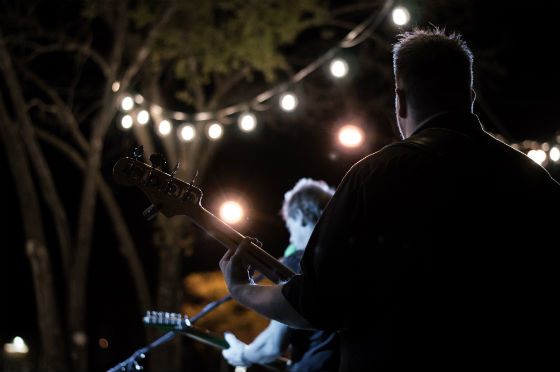 Gretsch – unsurpassed quality with an iconic sound.  That’s why Gretsch guitars are an integral part of the sound of Chet Atkins, Bo Diddley, Duane Eddy, Brian Setzer, Bono, and Brad Davis. Gretsch – the name says it all.  (You can admire a couple of Brad’s Gretsch guitars in the photo below.)

We use Shubb Capos because it just makes sense.  As professional musicians we adjust our tuning, we adjust our action, we adjust our tone, and we use an adjustable capo  because we won’t sacrifice superior quality for  2 seconds of convenience.

Musicians struggle constantly to find a way to keep our picks from sliding, twisting, slipping, or falling completely out of our hand. Those picks are slick!

No More!! Pick Glue is the solution!!  Just a slight smear on your index finger and thumb and you have the control you want with ANY pick.   Now your favorite pick can be your favorite pick.  Pro Tip: Put a dab on your extra picks before you slide them in the pick holder on your mic stand.

“Brad Davis is one of the most interesting original producer & guitar player I have ever worked with. The music he creates will no doubt mark history, he’s my amazing go-to-guy for all things audio!”

“For Brad Davis, there is no such thing as half measures, unless it’s specifically written that way on a music chart. He produces and plays the guitar with heart and soul the same way he writes and records his songs. His talent and style is instantly recognizable and to top it off he’s a great hang, which means a lot when you’re riding a bus, sharing a stage, dressing room or recording studio control room.”